Pet Marking Behavior: Why Do My Pets Mark My Furniture? 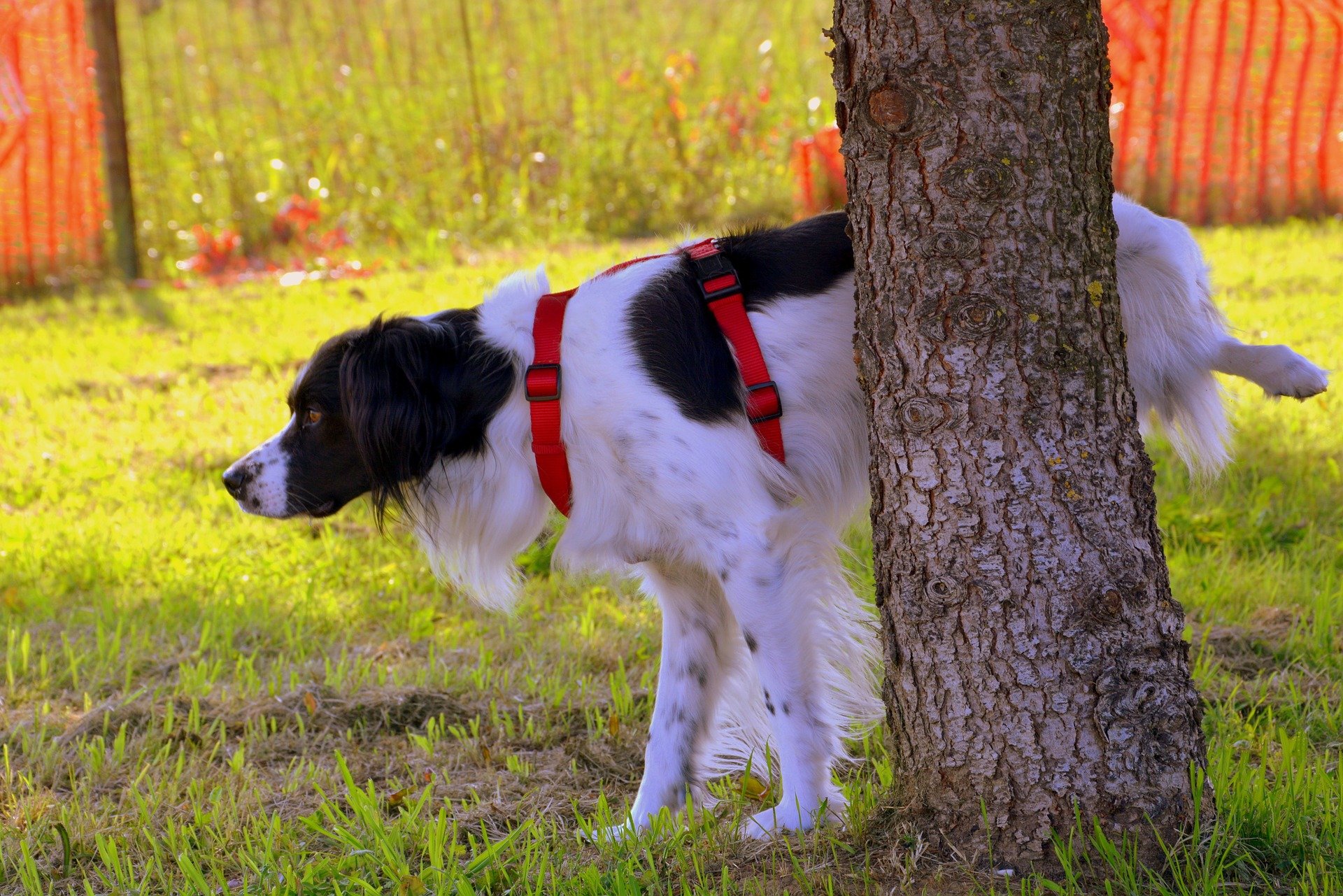 Some of the signals animals use to communicate are obvious – birds chirp, wolves howl, and whales click, whistle, and sing. However, not all communication is sound-based. Dogs and cats, in particular, are pretty efficient at communicating through pheromones or urinating on surfaces.

Marking territory is a standard and instinctive way for dogs, even cats, to communicate. Your pet isn’t that far removed from its wild roots. As a result, they’ll sometimes feel an intuitive urge to stake their claim by spraying urine on vertical surfaces. For instance, a sexually mature unneutered male dog is more likely to mark when it views another dog as a potential mate or competitor.

Reasons Why Your Dog is Marking in the House?

While pet marking behavior is natural for dogs, it’s also very frustrating when your dog pees in the house. Knowing the causes can help you identify the best way to stop your dog’s constantly marking their territory indoors.

You should first rule out any medical issues, such as incontinence, urinary tract infections, or a disease that causes frequent urination. However, if you’ve just brought a newly adopted dog home and they keep marking the same rooms and furniture, it’s a safe bet that they’re just marking their territory.

Some of the most common reasons for urine marking include:

But what if it’s a cat that’s doing the marking?

Cats typically mark you and your space in less subtle ways, such as scratching and rubbing. However, it’s not unusual for cats to mark using urine. This is especially a problem for a cat that hasn’t been spayed or neutered. It also could be because your cat is stressed or you’ve brought a new cat home, and they’re not willing to share their home just yet.

How to Stop Pet Marking Behavior in Your House

As with any behavior modification, it’s not just about stopping the pet marking behavior; it’s about addressing the root cause of the behavior. These issues must be addressed if your pet has anxiety or medical concerns. For instance, early neutering will stop pet marking behavior in most dogs. Doing so early enough also ensures pet marking does not become a habit.

If your dog tends to mark when they’re in a new environment, keep them on a leash to feel safe and settled when exploring the new space. Gradual supervised reintroduction works if you have a new baby or a new pet at home. It lets your pet get used to unfamiliar scents and calm their anxieties.

It’s important not to punish your dog for marking, especially if you didn’t catch them in the act, as they will not be able to comprehend why they’re being punished. Punishment will also likely worsen the issue by adding to their stress.

Here’s a tip: make sure to clean the area thoroughly. The desire to mark might reduce when they start having trouble locating their desired stop. Above else, it’s vital to retain a solid bond between you and your pet no matter how frustrating the situation is at the time. This way, you can settle their anxieties and stop pet marking behavior.

Contact Hebron Veterinary Hospital at (860) 228-4324 for information and tips to help with pet marking behavior.